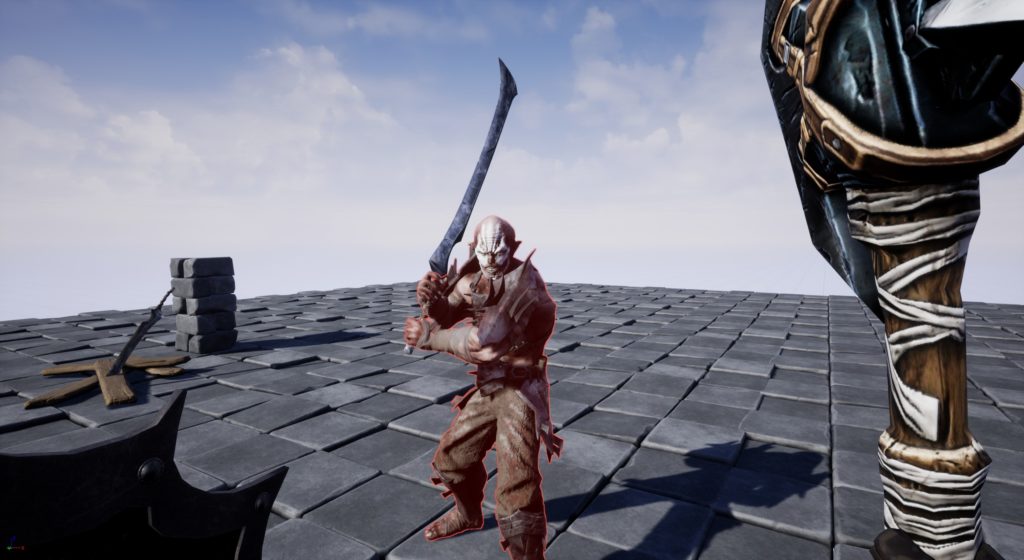 This is a simple prototype of a melee action combat I’ve done in Unreal Engine 4.

Enemy is using utility AI system written in C++. Enemy can dodge attacks, counter attack, block attack based on one of three poses of holding a weapon. When enemy is in close combat position, he can strafe to the sides to create better attack positions.

Player can attack from 4 directions, which are decided before attack with the movement of a mouse. It is also possible to dodge to the side or stun the enemy on melee distance with a shield. Shield is also used to block attack of the enemy (must face strike direction).

Core systems were mostly written in C++, all other done in Blueprints.

All assets are from Epic Marketplace.